Our professionals are here to help 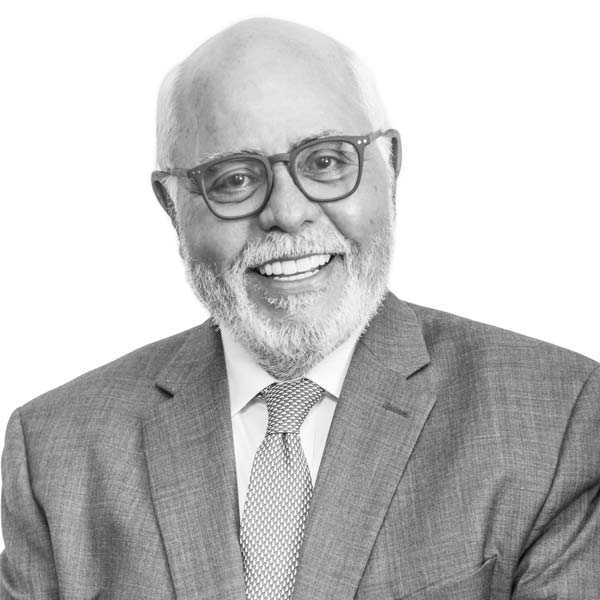 He started out as an attorney working with his father, Mr. Eloy Benedetti (*1918–†2000) at the law firm De La Guardia, Arosemena & Benedetti, and went on to become one of the founding partners of Benedetti & Benedetti, an internationally renowned Panamanian law firm, where he headed the Intellectual Property practice for twenty five years.

With more than forty years of experience, most of it devoted to Intellectual Property, his profound knowledge has been recognized by clients and piers alike and by international researchers and publications such as Legal 500, Chambers & Partners, WTR 1000, Who’s Who Legal, Managing Intellectual Property, Latin Lawyer, among others.

Throughout his career, Ramon has been an active member of several professional organizations and has been attending international meetings for decades, experiences which have afforded him the opportunity to establish long-lasting relationships with colleagues and clients.

When not at the office, you can find Ramon with his family or in his ranch with his award-winning horses.

Audrey Williams heads the anti-piracy litigation department and her practice areas include intellectual property, unfair competition, trademark and copyright litigation, distributorship, licensing and franchising, among others.

Audrey’s expertise has always been worthy of praise and has prompted her to be continuously recognized as a leader in her field by publications such as Legal 500, Chambers & Partners, WTR 1000, Who’s Who Legal, Managing Intellectual Property and Latin Lawyer.

She is also an active member of several professional organizations, participating in committees and being a frequent speaker, particularly on issues related to IP infringement.

When not at the office, you can find Audrey spending time with her family or at the movies.

After finishing the internship program of the Magister Lucentinus, Mrs. Leandro joined Duran-Corretjer, Patent and Trademark Agents, in Barcelona, where she worked on clearance, registration and enforcement of Spanish, International and Community Trademarks. A couple of years later, upon returning to Panama, she was offered a position in the Trademark Litigation team of the internationally renowned firm Benedetti & Benedetti, which allowed her to gain substantial knowledge and experience in the prosecution of opposition, cancellation and annulment matters before the specialized commercial courts, while also handling a wide range of IP matters in Panama and abroad.

Mrs. Leandro’s successful efforts in trademark prosecution and litigation have been highlighted by Chambers & Partners, Legal 500, WTR 1000 and Who’s Who Legal.

When not at the office, you can find Diana at home with her daughters and husband, or running errands.

He has a licentiate degree in Law and Political Science from the Universidad Católica Santa María La Antigua in Panama and is an admitted attorney since 2005.

After completing his studies abroad, Ramon returned to Panama where he practiced for over a decade as an attorney at Benedetti & Benedetti, devoting most of his time to IP, also handling corporate matters for important local and foreign clients, and banking matters for one of the country’s largest banks.

When not at the office, you can find Ramon with his family, playing golf or running. 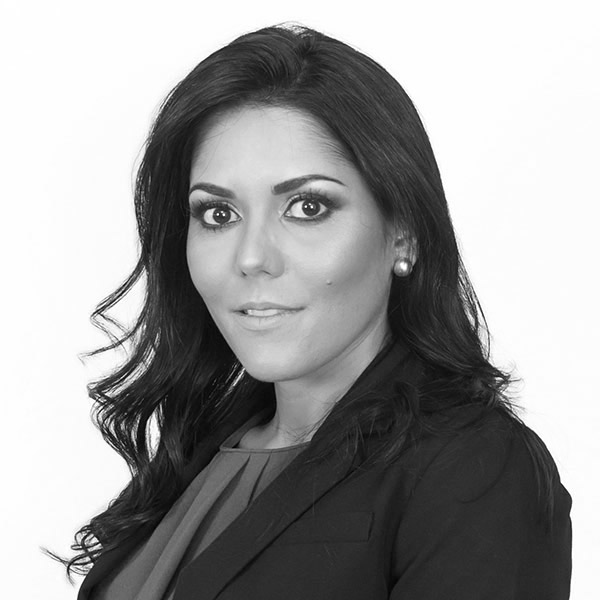 She began her practice as a paralegal at the highly recognized law firm Benedetti & Benedetti while still attending law school. She went on to obtain her licentiate degree in Laws and Political Sciences from the Universidad Católica Santa Maria La Antigua in Panama, followed by an LL.M. in Intellectual Property, Commerce & Technology from the Franklin Pierce Center for Intellectual Property in the United States.

She re-joined Benedetti & Benedetti after completing her studies and for many years handled prosecution and litigation matters, providing assistance to local and foreign companies and individuals concerning the registration and enforcement of their intellectual property rights before the Industrial Property Office and specialized courts of law. She eventually focused her practice on health registration, regulatory and compliance.

Graziella heads the regulatory & compliance department in charge of the registration of and commercialization permits for cosmetics, pharmaceuticals, agro-chemicals, biomedical equipment, medical devices, food and beverages.

When not at the office, you can find Graziella doing yoga, CrossFit or reading.

He obtained his licentiate degree in Law and Political Science from the Universidad Latina de Panamá and while completing his studies, he worked as paralegal in the litigation department of local law firm.

Raul has an LL.M. in United States Law from Loyola University New Orleans, in the United States, where he had the opportunity to work as intern in a New Orleans law firm, assisting the corporate practice. Once he returned to Panama, he joined the distinguished law firm Benedetti & Benedetti, where he worked alongside senior partner Ramon R. Benedetti handling mostly corporate and regulatory matters.

His skills, knowledge and experience have been successfully put to the service of local and foreign clients and he continues working fervently in the expanding corporate practice of the firm.

When not at the office, you can find Raúl relaxing at home or sightseeing.

Julissa Farah focuses her practice on intellectual property matters and is responsible for the trademark recordals and renewals department.

She has a licentiate degree in Law and Political Science from the Universidad Católica Santa María la Antigua in Panama and is an admitted attorney since 2012.

Julissa started her career in a renowned Panamanian law firm, working in the trademark litigation department, where she developed her interest in intellectual property. In 2014 she joined top ranked IP law firm Benedetti & Benedetti, where she headed the recordals and renewals team.

When not at the office, you can find Julissa spending time at the beach and singing Karaoke with her family.

María Teresa Restrepo focuses her practice on intellectual property matters, particularly on trademark litigation, as part of the team that handles oppositions, cancellations and annulment proceedings before specialized courts of law. Her knowledge and experience also includes corporate, immigration and labour matters.

While still in law school, María Teresa started working at a renowned Panamanian law firm, where she spent one year as a paralegal handling administrative matters and civil procedures before moving on to the intellectual property department, where she focused on trademark prosecution and litigation, first as a paralegal and later as an attorney.

Her desire to specialize in IP made her interrupt her professional practice and travel to Spain, where she had the opportunity to work as an intern in the industrial property department of the law firm Santiago Mediano Abogados, in Madrid. Upon returning to Panama, she worked as an attorney for a local law firm, where aside from IP, she handled a wide range of matters. Later on, she joined the trademark litigation team of Benedetti & Benedetti, a law firm that was internationally renowned for its IP practice.

When not at the office, you can find María Teresa traveling, enjoying a good wine with her friends or spending time with her family. 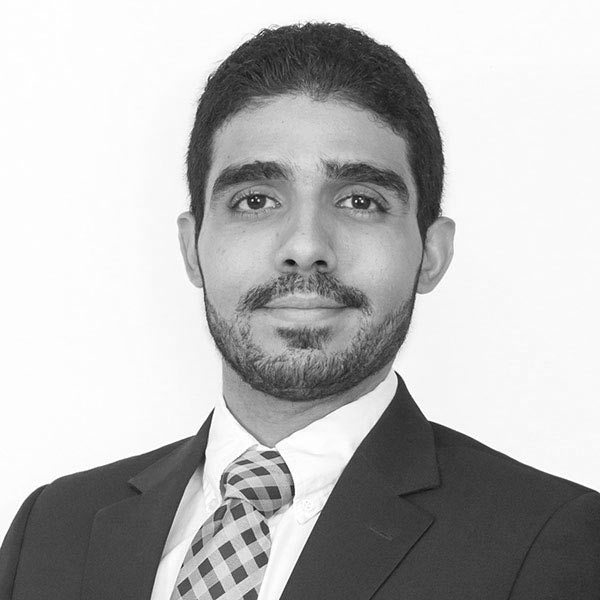 Fernando was still attending law school when he started working as an IP paralegal in a large Panamanian law firm. He later worked as an associate for other local firms before joining the highly respected IP enforcement team at Benedetti & Benedetti.

When not at the office, you can find Fernando at the gym. 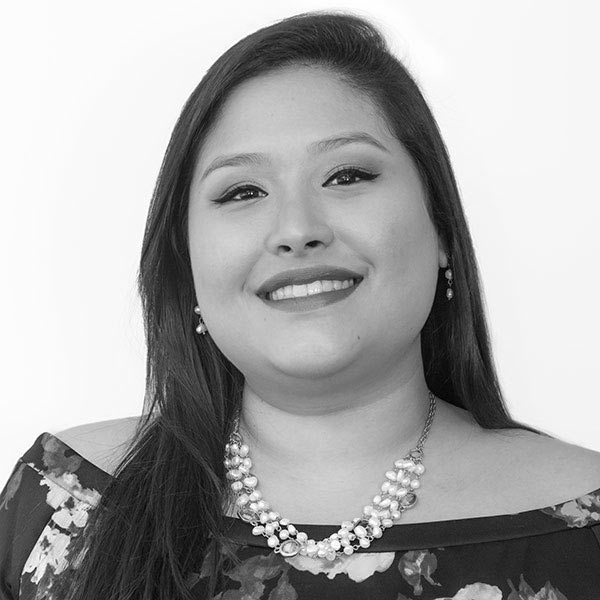 Emma Him’s practice is focused on intellectual property and she dedicates most of her time to trademark filings with Panamanian Industrial Property Office, the Colon Free Zone Administration and National Customs Directorate. She also manages foreign trademark clearance and filing, and domain name registration and maintenance.

She obtained her licentiate degree in Law and Political Science from the Universidad Católica Santa María la Antigua in Panama and was admitted in 2012.

Emma has always worked on IP-related matters, as she started out as a legal assistant of the trademark prosecution department of the prestigious law firm Benedetti & Benedetti being this their first professional experience. She was later promoted to associate.

As the most recent addition to the legal team, Emma continues broadening her knowledge and experience in trademark prosecution matters every day and is interested in obtaining a master’s degree in intellectual property. 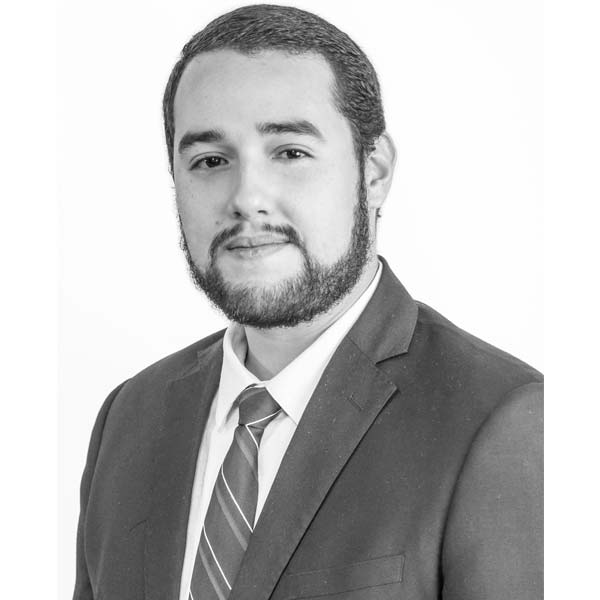 Guillermo Gonzalez focuses his practice on intellectual property matters and is responsible for trademark clearance and availability work at Estudio Benedetti.

He obtained his licentiate degree in Law and Political Science from the prestigious Universidad de Panama Law School in 2018. He was in his third year when he started to work as a legal clerk in the prominent firm Benedetti & Benedetti, where he was first introduced to the world of IP Law.

Guillermo is currently focused on trademark investigation and availability assessment, drafting reports and legal opinions to help potential applicants determine what to register and how to register in Panama. He follows up assisting with the preparation and filing of applications with the General Directorate of the Industrial Property Registry to deliver the desired results.

Thanks to his professionalism and dedication, after finishing law school Guillermo rejoined his former colleagues from Benedetti & Benedetti but his time as the newest attorney of the Trademark Prosecution team of Estudio Benedetti in 2018.

When not at the office, you can find Guillermo reading the latest news or playing video games. 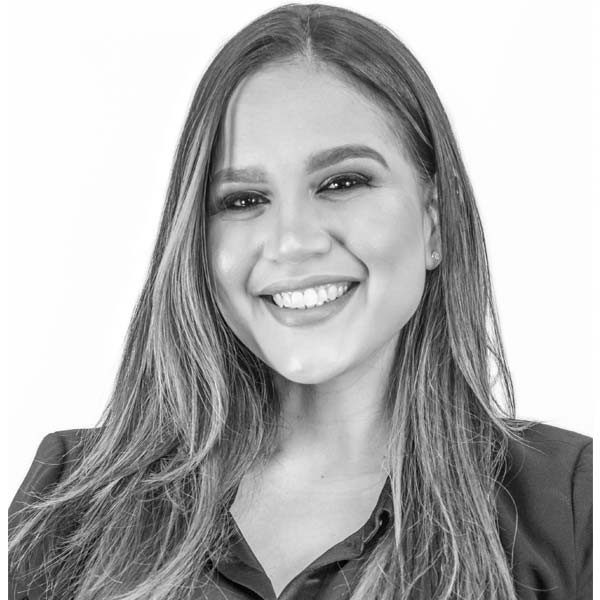 Chris Effio heads the Corporate Department and her areas of practice include Commercial Law and Corporate Law, specializing in the management and creation of Franchises, Distribution Contracts, Agency, Mergers, Acquisitions, Excisions, Estate Planning and Structuring.

Over the years, Chris has been in charge of advising local and foreign customers through the structure and administration of companies, holding companies and legal entities, in taxation, commercial and corporate matters.

When she is not at the office, you can find Chris traveling with her husband and her twins or enjoying fashion, books and good music. 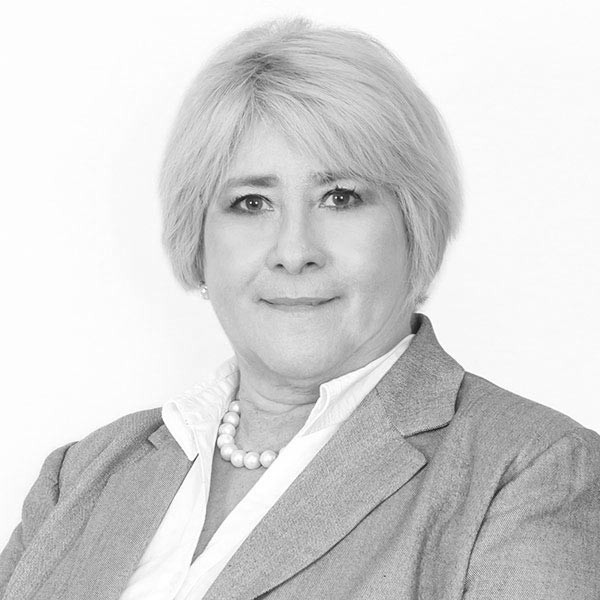 Mrs. Johnson is the team’s patent agent so her work is focused on patents, utility models, industrial designs, and plant varieties, but she also handles regulatory, copyright and data protection matters.

With a licentiate degree in Biology from the Universidad de Panama and a postgraduate course in Intellectual Property Matters from the Universidad Latinoamericana de Ciencia y Tecnología (ULACIT), she has attended various curses and studies in Industrial Property from organizations such as the World Intellectual Property Organization, the European Patent Office, la Secretaría de Integración Económica Centroamericana (SIECA), la Oficina Española de Patentes y Marcas (OEMP), among others.

After having acquired extensive experience and knowledge at the Industrial Property Office, Mrs. Johnson decided to go into private practice and joined the distinguished firm Benedetti & Benedetti as the head of the Patent department, handling a very large patent portfolio and assisting multinational companies in diverse areas of science and technology.

She is a frequent speaker on issues related to patents and has been a technical advisor in Industrial Property matters for the strategic plan of the Convention on Biological Diversity; a technical advisor on patent related matters for Panama in the bilateral and multilateral negotiations for the Free Trade Area of the Americas, and an instructor on Industrial Property matters such as legislation, trademark and patent application and registration process, the TRIPS Agreement and other Intellectual Property related Conventions and International Treaties for universities and governmental organizations.

When not at the office, you can find Jeane spending time with her family.